Every time I post about a job I book, I always get a lot of questions.

I have a few answers, but I don't think you will like any of them.

The Simple Answer:
I auditioned.
I went in to an audition, just as a bunch of other people just like me did. I was nervous, didn't REALLY count on getting booked. But this time it panned out. Go figure. It's a crap shoot. Every time. You HAVE to go on auditions. Even if you think you don't really fit the part they are submitting you for, GO. Sometimes I book a role I didn't even read for, but showing up is half the battle. You don't have to compromise your morals. I am not saying that. But I am saying you don't get a chance if you don't take a chance.

The More Complicated Answer:
I've been at this for over THIRTY YEARS. Only in the last few years have I even been getting AUDITIONS from my agents. You have to be persistent and you HAVE to be patient. Keep reminding your agents that you are alive, in town and looking for work. Call to "check in."  All you have to say when you call is your name and that you are calling to check in. They likely won't have anything for you at that time. But they will hear your name and remember to call you next time, hopefully. In Michigan, our agents represent a LOT of talent. They can't remember everyone. MAKE yourself memorable. I signed with one agent when I was 15 years old. They called me for one audition and never again until I happened to wander in to the office with my boyfriend (now husband) who was one of their favorite people. They took my headshots and resumes and started calling me here and there. When I started to book, they started to call more often. This took almost a decade from when I signed with them. But 1) I was NOT persistent and I was too shy to "harrass them." 2) The "movies" didn't even come to town til I was in my 30s, so there wasn't that much work to go around anyway.
I signed with another agent when I was 21 and again didn't start even getting calls until I became persistent (the urging of my boyfriend, now husband) and even then it took almost 12 years after signing with them. The head agent even attended my wedding. I thought "he's seeing me at my best, he will definitely start calling." Nope. It was all on me to get in front of their faces.
Send them demo reels. (audio, video) Do NOT make them 4 minutes long! The first one I sent was that long. It was ignored.
Check my reels page (yes, reels...that's how you can get them to see everything you want them to see...LOOPHOLES!) to get an idea how to start. The audio demo is at the top.

Again, I am NOT an expert in any of this. I have just been at this for a VERY LONG TIME. I show up at auditions, just like you, and pray for a positive outcome.  It may have took decades, but even a blind squirrel finds a nut now and then, right?

How do you GET an agent?
Ask other actors what agents they have, find their websites and look for their submission policies.
I am with a few agents because in this market, being exclusive can likely only block me from other auditions.
If you are in a bigger market (then likely you aren't even reading this blog) you will have different rules I am sure.

So, basically, I guess I am saying, I don't KNOW how to get you cast in stuff.
But I will say, find an agent. Don't expect anything to happen right away. Audition for EVERYTHING. Be available. That's the hard part. But if you aren't available, they will stop trying after a while.
If you don't have experience, DO extra work. Learn the business. But do NOT throw your name on imdb as "uncredited." That doesn't do ANYONE any favors, least of all you.  You just look silly. Seriously. The extra work is for cash, getting your face out there, and preparing yourself for when you are the one with lines and the focus of the camera. It would be embarrassing if you got a job and someone told you "back to one." and you had NO CLUE what that meant.
Ask questions. Be polite, but don't be afraid to ask anyone questions if you don't understand. Better to learn now than to look like an idiot later.
I am more than happy to answer questions. But I am NOT an expert. I just have a lot of my own personal experiences.
OVER THIRTY YEARS.

So, yeah. There is no magical formula. If there was, I would have my own series by now. It's just racking up experience points and making connections that work. Don't burn bridges. So and so may really irritate the piss out of you, but keep it professional...especially on facebook...that stuff stays there forever and people WILL judge you on it.
This is a new era of technology and whether we like it or not, people are judging us by the emotional vomit we put on our facebook pages. It's true. It CAN keep you from a job. It HAS kept people from jobs. I can attest to that.

I was always talented. I am not bragging. But if I didn't get myself out there, no one was going to know. I made my own projects and shared them with agents, too. I just kept putting myself out there.

And guess what? Pretty soon, I will be unsuccessful again. Because that is the nature of this business. It's up and down. Highs and lows. And you have to be able to roll with them and have the hope and knowledge that the low WILL end soon...for me it took a decade or so, but I never gave up. I may have cried and gnashed teeth thinking I would never work again, but I never stopped auditioning anyway.

Also, I started in this industry as a child. I did a few small local tv things very young. I did a LOT of theatre. A LOT. Ask my poor parents who had to drive me to it all. I started before the "Michigan Film Incentives" tripled the amount of work here.
I honestly believe that, even though I got NO film work through those incentives...yeah, I haven't done a SINGLE film brought in from the incentives...I think the incentives helped me. I believe all the people who were booking all the commercials I couldn't book before, moved up to the film roles leaving the commercials available to little old me who had been ready and waiting in the wings...for decades. Again. Persistence. Never give up.

Sorry I don't have a magical formula. I wish I did. But then again, maybe that would be the ONE secret in this industry I WOULD keep to myself.

I hope this gives those of you who have been asking me these questions a little perspective. And feel free to ask me more. I am happy to help when I can. I am happy to GET people actual work when I can. That is just how I roll. But I didn't "magically" get to this position. I have been at this, pecking at this, since I was a little wannabe star at the age of 8.  Hopefully it won't take you as long as it took me. After all, there are far more opportunities here now. 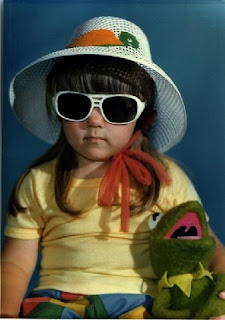 And if you want to know why I never moved out of state. Well, that's a story for a different day. I did live in Austin, Texas for a year. Did some theatre there. But home always calls me. And why leave when I have finally started being successful in a market I have been trying to infiltrate for so long?
I'm not out to be a star. I just want to be wonderful :)
Posted by Jacquie at 9:23 AM No comments:

3 days after the failed detox plan.

I am still down 5 pounds.

My stomach has shrunk to the point where I WANT to eat food, but I am lucky to eat once a day before I am painfully full...

How long will this last, I wonder, before I am back to the bloated beast I was before I started this thing?

Also, I didn't poop until 3 days after the detox was over...and I have been pooping. all. day.

Scary.
Posted by Jacquie at 1:37 PM No comments:

Dr. Oz gave me the blahs

So, I decided I was fat, gross and disgusting and wanted to try the Dr Oz three day detox.

The grocery list was somewhat intensive and our specialty health store didn't seem to even carry exactly what we needed.  So, we improvised and still had a bill of nearly $100...For three days of liquified food?!  Really??

Then the lunch shake. Which was massive.  And only passably palatable.
I could drink it if I had to.

Snack shake? Hell no! I was still trying to finish the lunch shake.

Eventually I made the dinner shakes, so that Jeff could take his to go. Mine went in the fridge.

I barely finished the lunch shake and I think it was already 9:30pm!

I took a couple sips of the dinner shake(caliente!), then decided I would just go to sleep.  No energy for the bath...worried I might drown.

The next day I was down 2 lbs! That's kinda cool.  Had the tea again, feeling pretty good about myself.  Made Jeff and my breakfast shakes. Put my breakfast shake in the fridge so I could try to finish last night's dinner shake.

I finished the breakfast shake.  Had a good cry watching some comedy videos online...yeah, that happened....took a shower and went to bed...dinner shake still in fridge.

Day 3, I am now down a total of FOUR pounds! Crazy...but I haven't really eaten anything.  And to top it all off, no poop!

Every other blog I read about this, people were visiting the bathroom like an old friend.  I totally expected to be doing the same.  Maybe I needed all four shakes a day, but 1.5 is about all I can do.

I have a massive headache. I am shakey, and even after taking a sleep aid, I still can't sleep.
I was fine for 2 of the 3 days.  But I think I officially quit now.

I have breakfast and dinner shakes sitting in the fridge, but the thought of them makes me nauseated.
And if I smell almond butter ever again in my life, I WILL puke...and it takes a LOT to make me puke.

I dropped four pounds, but really, I haven't been able to eat ANYTHING.
As I type this, I have eaten a couple handfuls of un-processed, totally whole, totally delicious blueberries.

Perhaps detox just wasn't for me.

I am embarrassed to give up on day three...But I did drop weight...though, on a detox, that technically isn't the goal...I just wanted to get rid of the bloat.

Perhaps it isn't a good idea to do a cleanse while you are on your "period" either. But, you live and learn...

At least I tried...And did dishes three times a day for two whole days...

Yeah, I won't do this one ever again...Gotta be honest. But I am glad I tried...

Looking forward to EATING the fresh fruits and veggies in my house instead of drinking them!
Posted by Jacquie at 2:00 PM No comments: