I dug this blog out from my old myspace blogging days...I believe it is an oldie but a goodie...What do you think?


My latest bathroom epiphany  is about Santa Claus.
****Spoiler Alert*******Innocents Read No Further!!!**********
I have come to the conclusion that Santa Claus came into existence to teach us how to give selflessly.
Seriously, giving is always great.  You give a gift to someone, you see their eyes light up "Oh!  It's just want I always wanted!"  What a great feeling you get.  Admit it.  You give to get that good feeling of making someone happy.  I do.  Its very selfish and I am well aware of it.  But so what?  Its a win win situation.
Then there is Santa Claus.  Parents, year round, put up with, "But mommy I want it!"  "Why not, daddy?"  "You're a mean mom and I hate you!"  But Santa?  Oh, he's the best!  I love Santa!  Yeah, me too! 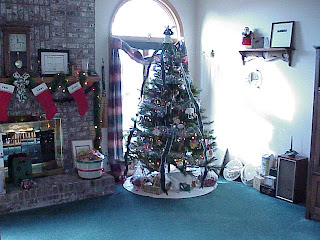 Whatever Santa brings is perfect.  Just what I always wanted.   Although, I do recall a few Christmases Santa brought me bras and underwear and I thought, "You sadistic little..."  He KNEW my parents would be video taping this moment to watch and rewatch as I unwrap my little A cup bras and floral panties.  Someday, my husband will be forced to watch those embarrassing moments.
I think back now, how my parents never once blurted out, "Hey!  I gave you that Barbie Dream House equipped with real bubbling hot tub!  I am the best!  Your Santa Claus is a fraud!  A sham!  LOVE MEEEEEEE!!!"
They pretended that all they could afford was one little box with a new shirt or skirt inside.  Meanwhile Santa must have gotten a celebrity discount at Toys R Us or went shopping on triple coupon day, showering us ungrateful children with piles of perfectly wrapped gifts.
I love the idea of Santa Claus.  The magic of waking up and finding a pile of gifts where there was only a chair the night before.  Where there was only a wrinkly old stocking, now stretched to its limit hanging from the mantle awaited my own personal sock full of joy...lipgloss, jewelry, candy...everything!
But what I love more is the idea of my selfless parents, who never took credit where credit is due.  For all those years of filling my Christmas Eves with magical anticipation and my Christmas morns with piles of gifts I hardly believe I deserved, I heartily thank you.  You deserve all the credit of Santa and none of the screaming children tinkling in your lap at the mall!

I Love Everyone...and You're Next

Those of you who know me wouldn't categorize me as a "rabid Christian"...or a Christian rabbi, for that matter...But at this time of year I start to think a lot about my atheist friends and what the season means to them.

A local city hall is currently in a battle with one of their resident atheists regarding the nativity scene they have on their municipal grounds.  I am not sure if they have other religions represented as well, that wasn't mentioned.  But I have driven by other city halls to see light up menorahs beside the glowing, plastic baby Jesus.  I find it perfectly acceptable.  Although tacky in all its plastic splendor, it is merely a symbol for what the citizens are reflecting on this time of year.

However, in this particular municipality, an atheist is insisting that the nativity scene is offensive unless he can also display his atheist sign stating: "There are no devils, no angels, no heaven or hell.  There is only our natural world.  Religion is but myth and superstition that hardens hearts and enslaves minds.”
Read more: http://www.wxyz.com/dpp/news/region/macomb_county/warren-atheist-wants-to-place-controversial-sign-next-to-nativity-scene#ixzz1hI31Gee2

Now, forgive my ignorance of atheist beliefs, I haven't had atheistic leanings since I was a semi-rebellious  teenager, but isn't atheism the "absence of belief?"  I am sure it isn't so cut and dry as that, but to me, if you were an atheist, seeing a nativity display or a menorah or whatever would be no different than if city hall displayed a statue of The Simpsons sitting on a couch on their front lawn.  To an atheist, religion is mere fiction.  So, why be offended by a nativity scene?  Or is this the same person who wrote MTV back in the 1990s to get BEAVIS AND BUTTHEAD to stop saying the word "Fire" because it encouraged people to set fires?  Do they believe a plastic nativity scene is a subliminal recruiting tool?
It just seems silly to me is all.  In our society we have a bunch of people desperately searching for something to offend them so they have excuses to scream rude things or serve their neighbors with legal papers.  When people get mad at you for saying "Happy Holidays" instead of "Merry Christmas," that is just as bad as the atheist gentlemen pitching his hissy fit at city hall.  I merely said, "Happy Holidays" I said nothing about fornicating with your mother.  What is the big deal?  It was a positive statement, I am not trying to take Christ out of Christmas, I just didn't want to have to spend 3 hours determining which religious holiday (or not) you may be celebrating before wishing you a good one...Also, "Happy Holidays" covers Boxing Day, New Year's Eve, New Year's Day, President's Day, Ground Hog Day, etc in case I don't see you before then or someone whacks you in celebration of Godfather's Day.
So, if you are an atheist, please do share why you are so sensitive to the "faerie tales" that give other people peace in their lives.  Most of us aren't out their to drag you kicking and screaming to church.  I think I learned my lesson after The Crusades.  If you believe in the Flying Spaghetti Man, please do make a glowing plastic likeness of him and offer him to your city hall to display on their front lawn.  But to merely make a sign that says "I am smart and you are dumb" is not freedom of speech.  It's just spiteful.  And frankly, unnecessary.  Why can't you be like the rest of us and just think or blog about the stupidity of the world?  Must you make a sign, too?  If that's the case, display your hatred on your own front lawn.
I am a Christian.  The thought that there is life after this gives me hope and peace and something to live this life towards.  It may not make sense.  But neither does my fear of jello.  It's just who I am.
Sometimes I feel sorry for people who don't believe in God or Heaven.  To think that this life is it and then nothing just makes everything so dark and depressing to me.  But I would never put a sign up to say, "Atheists are depressing"...Nah, I'd just write a blog about it.
So, I would just like to say to anyone who is reading this right now, I truly wish you a happy holiday...whatever you are celebrating.  And whether or not you believe that there is life after this one, try to make the best of what you have now...and share the love and kindness with those around you.
And for the love of *insert deity or favorite faerie tale character name here* stop being so freaking sensitive! 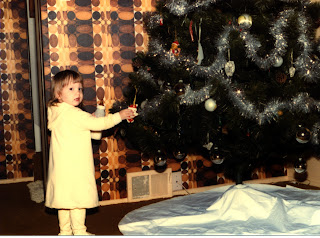