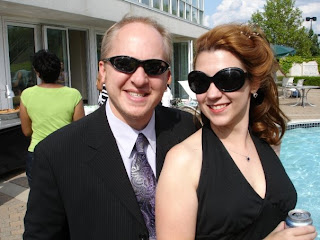 I am not really sure if anyone even sees this particular blog. Which I guess is why its so freeing to be so brutally honest about the ugly thoughts that go through my head on a daily basis. Perhaps I need counseling, but that shit's expensive and would depress me when my wallet becomes thinner than I'll ever be.

The more I reflect on this STARRING YOU networking event I attended, I never felt less of a "star" in my life. I thought Jeff and I looked good. But, apparently we weren't attractive enough to get tours, photographs or swag. That in itself makes me doubt myself when I feel pretty.

I have been told before by casting directors "You are so talented and perfect for this role...Unfortunately we need someone pretty/thin"

I kept seeing footage of Jordan in her pretty girl role in WANT at the event. It just seems like she just waltzed into the business and things fall in her lap while I've been doing this since I was 8 and can't seem to catch a break because I am not pretty like the Jordans, Graces, Amys, Gigis, Stacys etc out there...If I could just have ONE thing that makes me special. ONE thing that makes me stand out, I might get somewhere in life. But I am stuck being boring old, unattractive me.

I wonder, what does it mean to never give up on something? Is it possible I have given up long ago and don't know it yet? I have accepted my fate on some subconscious level and I continue to sabotage myself at auditions because what's the point?

There's a fire in my belly that wants to succeed, but somehow I think its my appearance alone that prevents me from getting that brass ring. How that affects me as a playwright, I'll never know. Aside from the fact that my self motivation is slowly dying with my dreams.

Why can't I just let this go and make something actually work for myself instead of comparing myself to the beautiful people in the world?

I used to wish all the time to be one of those "unapproachable beauties." Somehow, in a dire situation, my beauty alone could save my life.

I still wish for that now and then, but its clearly unattainable...now I mostly wish to find something that makes me special.
Posted by Jacquie at 10:37 AM